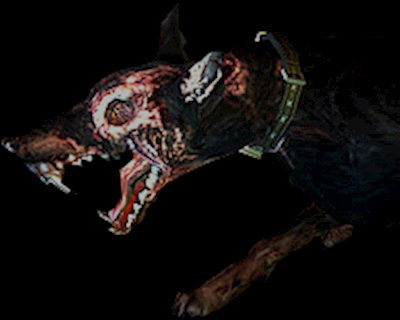 I’m starting to wonder if this is something more than a doctor could fix. Again I go to the doctor, again I get the same results, with the exception of having the flu and a severe sinus infection. I’ve seen all kinds of doctors and specialists since I first started school. Call me impatient, but it seems like nothing is getting better with my mental health. I’ve seen multiple therapists, two psychiatrists, a school counselor, a neurologist, a general practitioner, a social worker, you name it! I’ve had test after test after test done and they all come out normal. Blood tests, Urine tests, stress tests, MRIs, Pet Scans, CT Scans, several assessments made by EVERY medical professional I have seen and everything comes back normal. My medications have been switched around 4 times already, and nothing works permanently. I’m starting to wonder if anyone believes me anymore. This can’t be…

I need to be completely open about something. Mental Health awareness has always been something that I have been wanting to support since I was in high school, so I want to share something personal about myself. Maybe those who are struggling might find some comfort in this.

My family and I have been through a lot of trauma in the past. We’ve lost relatives ranging from cancer, car crashes, or suicide. It always seemed to hit either my cousins or aunts and uncles. We’ve also been robbed twice while being at home and almost lost our house to a fire caused by some shotty wiring in our old laundry room. But the truth is, there is one thing that happened in my life that has scarred me for the rest of my days. I never really mentioned this before, but the truth is I had an older sister. Her name was Lydia, but we called her Lily. She died almost 10 years ago. I lost my older sister due to self harm. She was 14 and I was only 10 at the time when it happened. We were in the living room one day, watching TV and she randomly stands up, stares off into space, then heads into the kitchen. I followed her because something within me told me to. She went straight to the knife set, filled her hands with all kinds of knives, and started to cut and scratch at her skin. I remember that she screamed at the voices who told her to ‘scratch her skin off’ with the knives. I ran in there and fought to pull the knives out of her hands. She stabbed me and tried to stab my parents as we tried to stop her. She pushed all of us away and then began to skin the knives into her skull so she could rip her skin, hair, and ears off. After struggling for a few moments, my sister dropped all of the knives except for one. She looked at me and said,”This is for you, brother. I am sorry” and she proceeded to stab herself once in the gut and once in the heart. She collapsed to the floor and a large pool of blood enveloped the kitchen floor. I covered up her wounds the best I could while my mom tried to keep her with us. My dad was on the phone with 911… as soon as they arrived, it was too late.

Truth be told, Lydia was very very sick. What happened was not her fault. For years I thought that it was my fault that she died, but my parents and many others convinced me otherwise. She was diagnosed with a rare form of Schizophrenia that only a select handful of the human population has at the age of 6. It develops at a very young age and only gets worse as you get older. My parents had another baby girl a few years after my sister passed away. I could never understand why they decided to have another child after that. I felt like they just did it so they could fill that void that my older sister left behind. I was diagnosed with Bipolar II and PTSD at the age of 11. Supposedly I was ‘acting out’ in school, ‘not acting like myself’, and had been changing for the worse, according to my parents. My parents were afraid that I was developing the same illness that claimed my sister, but thankfully I was spared. I felt as though I was treated differently from everyone else, thanks to rumors being spread about my sister’s death. Regardless of what happened, Dani and Jeff have always stuck by my side.

With that being said, did I somehow empathically ‘inherit’ my sister’s illness after she died? Was I truly truly sick? Or maybe I’m really not sick and something very wrong is going on here. Maybe the Pet Sematary is a real place. Maybe that Pascow guy really does exist. Maybe Dani and Jeff did something they really shouldn’t have. Maybe the Creed family murders are true. Maybe there is such things as this cursed place that brings the dead to life beyond its main circle. God only knows, because I don’t. I decided that the first thing I was going to do after seeing the doctor was grab my laptop and head on over to the Public Library instead of the school’s library. I believe the Public Library will have more information on these legends than the school library would.

After my doctor’s visit, I open the door to find a pool of blood on the doormat. There was a trail of blood that led to the doorway of Jeff’s room. A pair of glowing red eyes stood in the room engulfed by darkness. I took a couple steps forward, weaving around the blood and saw a gruesome sight. It was Jack… but at the same time it wasn’t Jack. The dog took a few steps forward and he looked just as he did when he died, but worse… much worse. His fur was matted with mud and this awful smelling sludge water. His eyes were sunken in beyond the red. His stance was awkward and bent, almost like a V. I thought that the dog was going to attack me, but he didn’t. He just stood there and stared at me. It felt like eons had passed as we continued to stare at each other. I was stuck and I couldn’t move a single muscle in my body.

Christ almighty… thinking about this is making me feel sick… I can’t move a single muscle in my body. I have to keep this short for now. I feel as though I’m being watched. I’ll post more of what happened later on. Peace.

(This is a fanfic series is based off of Stephen King’s original Pet Sematary as well as Pet Sematary 1 & 2 films.)