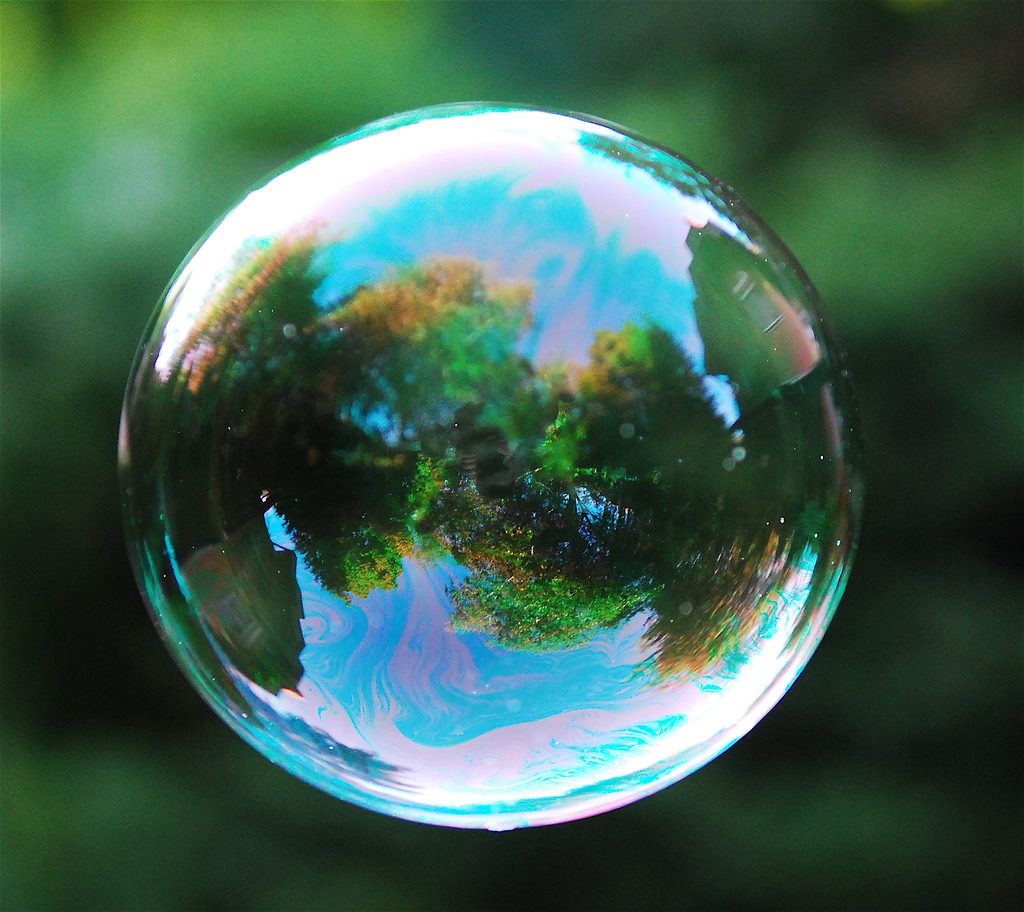 “Let’s go!” Before the girl could speak, the orb swiftly picked up the girl and flung her over the endless waterfall. She looked down at the infinite bottom below her that never seemed to end. The Indigo orb catches her by her shoulders and hovers with her above one of the floating pieces of rock. The orb placed her down onto the rock and floated by her face. The orb appeared to have new features that it didn’t have before. Larger wings of gold and a ring of light floating above it.

“Spirit orb… is that a halo above your head?”

“You may call it that if you wish.”

“What else would it be?”

“Now that is a lesson for another day!”

“And… your wings are bigger. Much bigger than they were before.”

“Yes! That they are. Like you, I am still growing. We never stop growing. None of us do.”

“Well, what is it that I’m growing?” The girl feels her shoulder blades towards the lumps on her back and have found that they are even bigger than they were before. They were both about 6 inches in length and had a soft, fuzzy web like texture to them. “What is this??”

“You’re growing into the divine soul that you’re meant to illuminate unto us all.”

“Say what?” The girl tilts her head to the side in response to the orb’s statement.

“In other words, you’re right where you need to be. But first, there is one thing that you must do before moving forward.” The orb gently taps the girl’s nose.

“What is that?” The orb circled around her head and darted off.

“Are you insane??? I can’t reach these floating island thingys!”

“Yes you can! Just jump!” With that the girl looked upwards to the smaller floating boulders that were to her left. With all her might, she crouched down to her ankles and jumped onto the next floating boulder. The sense of gravity seemed to be nearing towards non-existant. She hovered high above the boulder before slowy landing on top of it. Whoa! That was freaky!

“Be careful dear girl. The gravity here is far different from the gravity that you have been acustomed to. Now, let’s get going!” The orb continued to dart off to the skies. It weaved and wobbed around boulders, trees, and other creatures and oddities that existed in this strange place. The girl was not too behind the Indigo Orb. She miraculously kept close to the orb. Her movements weren’t weighed down by anything and she traveled faster than the fastest creature known to man. But how was this possible for a young girl? The orb and girl stop upon a crescent shaped boulder that was high up in the lavender skies. There was a fairly large bubble floating at the middle of the boulder. “This is it.”

“What is this?” The girl took a close look and saw something startled her, causing her fall to backwards onto the grassy boulder. Her mouth was agape at what she saw. What she saw was flashes of her everyday life that she once knew. Her place of work, her home, her college, her friends, and her family. Old memories of laughter, tears, loss, celebrations, and everything inbetween rotated within the bubble.

In a soft, but somber voice, the orb said, “It is time to let this go.” Those words made the girl’s stomach drop lower than ever before. Her heart started to feel heavy and it hurt, greatly.

“What do you mean by let this go spirit orb?”

“You don’t mean… pop it, do you?” She looked back at the orb and then at the orb. The girl’s heart began to race and she felt an uncontrollable sense of panic. It ran through her body like watercolor paint within a fresh drop of water.

“No. I won’t do it!” With that she fell onto the ground in pure agony. This was far worse than the pain she felt on the solid surface of the water in the beginning. The pain was throbbing pins and needles that permeated through her entire being. It paralyzed her to the ground and she could not move.

“If you do not let it go, the pain within your body and soul will only get worse.”

“But everything I know and love will go away! And I don’t want it to go away!” She cried harder than any time she has cried in her entire existence. It was as deep as her pain, if not deeper. A deep soul cry that echoed through the stars. She couldn’t explain where this feeling was coming from and why, but what she did know was this pain came from somewhere.

“Come now, that is far from the truth! Just because you let go of something, doesn’t mean that it is gone forever.”

“Will I die if I do this? Will I forget everything?” All of the faces of people she loved dearly pressed their faces against the inside of the bubble, except for one that was especially significant to her. However, she couldn’t quite remember who. At the time it just truly didn’t matter anymore.

“No you will not. I will help you up so you can pierce this bubble.” The orb lifted the pain from the girl’s body and she was finally able to rise to her feet. Tears rolled down her warm tender cheeks and every part of her body was stiff and achy. She looked at the bubble again and saw that the inside of it turned cloudy and gray. Screaming and crying eminated from the bubble, begging the girl not to touch it. “All you need to do is touch it and it will burst. It will be a bit overwhelming, possibly scary when you do it, but I can assure you that the feeling will be gone within a few moments.”

“Okay.” The girl took a deep breath and walked up to the bubble. The screams and cries got louder, nearly ear shattering loud. The girl took another deep breath, closed her eyes, then touched the bubble with her right hand. A massive ‘NOOOOOOOOOOOOOOO’ eminated from the bubble as it burst. A massive wave of wind from the bubble knocked the girl to her knees. Silence replaced the screams. The bubble was gone, and so was everything that flashed before her eyes. The girl’s mind went completely blank. She covered her face with her hands and cried once more. The orb floated to her face and surrounded her body with light.

“It will be alright dear girl. It’s over.” The light surrounded the girl turned into a bubble of infinite light. The light made her feel like she was being carressed by the softest being that ever existed. With each tear that dropped, an ounce of pain dissipated from her body. However, she didn’t feel a sense of relief for several minutes until something cold and wet nudged at her hands. It kept nudging at her hands until the girl removed her hands from her face. A familiar friendly face appeared in front of her eyes.

“Feather!!!!!!” She tightly grabbed onto the glowing white puppy and held on for dear life. “I thought that you were gone!” She backed away at an arm’s length to get a closer look at her beloved friend. The puppy tilted his head and smiled. She hugged the puppy again and gave her a kiss on the cheek. The puppy began to relentlessly lick her face until the tears were gone. “So, it’s not over?”

“It has only just begun dear girl. And the best part is, you have a friendly face to join you on this new journey.” 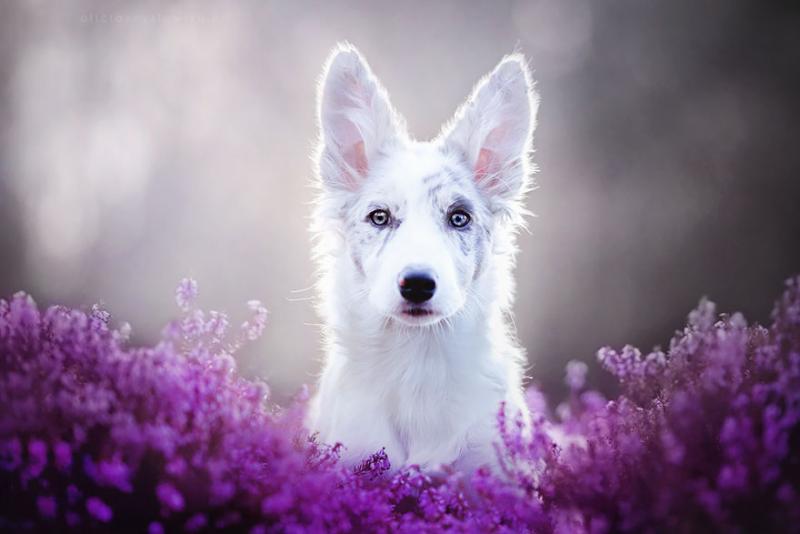 2 responses to “Nameless Dreamer- Saying Goodbye to the Old World”