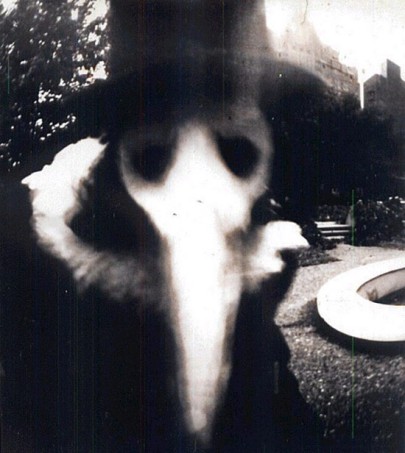 The following events that I’m about to describe might be frightening or unsettling to others. This is a warning for readers who scare easily: reader discretion is advised. I will put it out there that no one was seriously injured during this expedition. It has been many years since we went on that hike in the dead of night, searching for lonesome ghosts. There were some things that happened between Joe, Kevin, and myself. I do not personally have any grudges or anything like that with them. I do not condone what they have done… at least I am 99% sure that what happened was their doing. Anyway, back to the story.

Joe, Kevin, and I stood upon the entrance of an old hiking trail. The moment that the light of the flashlights illuminated the trail, a plethora of dancing dust particles appeared. Every step we took on that path felt like it lasted a century. The lights from the flashlights being rotated from side to side made shadows contort into unnatural forms. I swear to god that forest was unnaturally quiet that night. Not a single cricket, frog, or breeze could be heard. It was just so dead out there…. I swear that I could see figures and random pairs of glowing eyes appear out of the corners of my eyes every few moments. All of us were just as quiet as the forest for the first 20 minutes of our hike. Thankfully there wasn’t too much overgrowth that we had to weave and wobble through.

“How much further away is this haunted cemetery-church thing?” I whispered.

“Well according to the map, we are only about 5-10 minutes away from the church and cemetery.” Joe pulled out his map and pointed at a red dot which marked the spot of the dreaded place of interest. “So, we’re right here! Not too much farther boys! Are you excited??”

Kevin was absolutely ecstatic. I have never seen him this excited before about anything. Me however… I could feel my stomach drop to the ground and my whole body began to seize.

“Come on! Let’s go!” Kevin said as he ran ahead on the trail.

“Aw shit.” I muttered to myself.

Suddenly we stumbled through a mass of fallen trees and fell onto the ground. Joe and I both looked up and saw a decrepid gateway to a fence that looked ancient. The church and area surrounding the church was very small. The front of the church had a very small, worn down cemetery. Patches of weeds and crabgrass stuck out from dry earth with about 10 weathered down gravestones sticking out of the ground on both sides. The path leading to the door was made of gravel, dirt, and more weeds. Joe shined the light upwards towards the church steps and a small childlike figure made the heavy wood door swing open and shut within an instant.

“KEVIN! KEVIN GODDAMMIT! COME BACK!” Joe yelled at the top of his lungs. I felt a jolt of realization shoot through my spine. My already racing heart was starting to increase into mach 2 speed. I took the polaroid camera out of the bag, and started taking dozens of pictures. “What are you doing Jacob??? Come on!”

“I’m taking pictures of everything!” I exclaimed.

“Chill out on taking pictures for right now and lets go find Kevin before he get’s himself hurt.”

“Okay.” I immediately put the strap attached to the camera on my shoulder and followed Joe into the church. Like the cemetery, the church was just as small. The walls were made of gray stone and some weird plaster stuff that was peeling off the seams of the bricks. There was a bell tower on the top of the church that held a relatively small brass bell. Joe and I walked up the weathered, sand covered steps. Joe tried to pull on the rusty metal handle of the door, but it wouldn’t budge. It was like as if the door was glued in place.

“I don’t get it Joe. My brother doesn’t normally do this.” He looked at me and shrugged.

Suddenly there was a loud whisper from a male’s voice saying, “What are you doing?”

Joe and I both jumped out of the seat of our pants and shrieked. There was nothing there… “Christ almighty…” he sighed.

We both turned back around and saw the door wide open with Kevin standing in the doorway, white as a ghost. The handle was intact on the door… the same handle that shattered in our hands.

“What the hell man? Kevin? Why did you run off like that?” I went up the stairs and looked at him straight in the eyes. He didn’t move, blink, or say anything. “Kevin?” Joe poked at him and he didn’t budge.

“BOO!” Joe and I both jumped and found ourselves inside the church with Kevin on the front steps, laughing hysterically. “I got you good!”

“What the fuck man? Why did you run off like that?” Joe looked at him in disbelief.

“What are you talking about man? I didn’t run off.” His heavy laughter started to settle.

“Dude, Kevin you yelled ‘let’s go’ after we looked at the map, then you ran off.” I said impatiently.

“I didn’t run off guys! I ducked behind a bush when you guys tripped over the trees that led to the front of the gate, then I snuck up behind you and scared you.”

Joe and I looked at each other then looked back and Kevin.

“No? Why do you think I would run off like that? Our parents would beat us into lunch meat if we all went missing.”

All three of us were jolted by a large thump. We turned around, facing the front of the church and saw a large box hit the ground with papers flying all over the place. The box was sitting on top of a book case which was next to the back door.

We walked up to the box that fell on the ground, picked it up, and started to look through the contents of the box. As Joe and Kevin sifted through the papers, I walked around the church and started to take pictures again. The church had several holes in the walls in the front where stained glass would’ve been. The pews were completely caked in dust and the rug we were standing on was covered in holes. The crucixifion statue was a rusty gold color and that too was completely caked in dust.

I walked over to the duo and Kevin handed me a large stack of old polaroid photos… or at least I thought they were polaroid. I started gazing at one picture after the other. There were pictures of weddings, family portraits, and other church events like Christmas, Baptisims, and Easter festivities. Each of them had a date written down on the right-hand corner of them. January 17th 1877, January 19th 1877, Februrary 16th 1877, March 1st 1877, and on and on.

“Damn these pictures are old!” I said. “You’re right Kevin. These are really really cool!”

That feeling began to change as I started to look through moreof the photos. There were even photos of funerals and wakes. Heartbroken families dressed in black staring down at a 6 foot hole which held the deceased. Pictures of the ones who once lived were prominant. Men, women, and an oddly high amount of children. Then I noticed something else. There were pictures of family portraits, but one person in every single picture seemed ‘off’. Some of the people who seemed to be ‘off’ were either lying down or proped up on a chair or standing like a manequin.

“Hey… what are these?” Joe walked over to me as Kevin dug through the piles of papers.

“Oh! I know what those are…. they’re um…” Joe began to scratch his chin and look upwards. “I don’t remember…”

I thought it was really odd of Joe to do, but at the time I really didn’t think much of it. I continued to look through the pictures and then helped go through more of the papers with Joe and Kevin.

I wish I could say that this is where the night ended… but it didn’t. The madness continued to reek havok upon us until dawn; but that’s a post for another day.