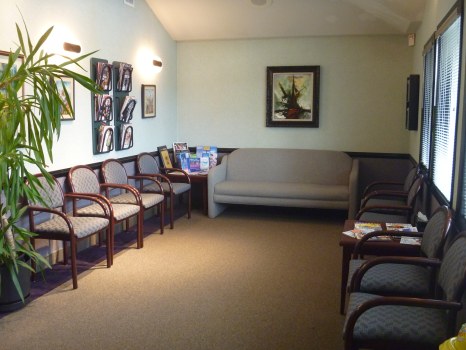 Not too long after Josh had told us what was going on with Dad, he passed out on the floor and began to convulse and shake violently. At that point I knew that Josh was having another one of his seizures. He had been diagnosed with epilepsy when he was in grade school after having a number of fits during class. Josh had been given all kinds of medications and treatments, but nothing worked until he started taking Topamax. That made his seizures stop entirely, which was amazing! He hasn’t had a seizure since he was 15… not too long before mom passed away. No! It couldn’t have been! The doctor did however, tell us that malnutrition, lack of sleep, stress, and other medical issues can sometimes influence and cause some of his seizures…

Ok, I’m getting ahead of myself! Steve and I sat on the ground with him until his seizure stopped. I found a forest green throw pillow on the floor nearby a bunch of papers, grabbed it, and put it under Josh’s head to make sure he wouldn’t hit it against anything. Steve was surprisingly calm! Then again, he’s worked with all kinds of patients with a variety of health issues, not just recovering drug addicts. After about a minute or two, Josh took a deep breath in then went limp. He fainted. It wasn’t uncommon for him to faint whenever he had a seizure. I asked Steve to grab a damp washcloth as I tried to wake Josh up. The problem is he wasn’t waking up, and he normally would have right now. I really started to panic. I checked his pulse and he was still breathing, which was good. After about five, ten minutes or so of trying to get him up, I called an ambulance to take him in. I had no idea what was wrong and neither did Steve.

The ambulance came in and picked up Josh and Steve and I follow behind. We finally make it to the general hospital in Bakersway and got Josh checked in. Thankfully, he started to come out of it just about when we were taking him into his room. I remember exactly what he said when he woke up, and it still haunts me to this day.

“Jo… Jo where am I? Where’s mom and dad?” I felt chills run down my spine following pins and needles on every particle of my being. I wanted to throw up, but at the same time I couldn’t. My hands and feet felt so cold and clammy… it was awful.

“Josh, you’re in the hospital. You had a seizure then fainted.” The doctor said as he was moved from the gurney to the neatly made hospital bed.

“I did what?? Where-who-what???” Josh cried as he frantically attempted to sit up.

“Shhhhhhhhhhh…. just sit back… relax!” The doctor said as he gently put his hands on Josh’s shoulders to help him relax. “My name is Doctor Braxton. I have a few questions that I need you to answer for me, can you do that?” I started to really feel nauseated at this point. Josh nodded and slowly laid back into bed. “Do you remember what you were doing earlier this morning before you fainted?”

“Uhh… no not rea- Oh wait wait wait! I was looking through some paperwork with my dear sister Jo and her husband Steve!” Josh said with a snap of his fingers. “I don’t know really much of anything after… dad’s weird handwriting on his will and there was blood everywhere… all over the pages” for whatever reason my stomach just could not hold back and I ran into the restroom that was co-joined with the spacious hospital room and emptied the contents of my stomach into the toilet… then everything went black.

The next thing I know I wake up in a neatly made hospital bed in a completely different room with Steve sitting on my right side. I remember waking up in a daze and I felt my husband’s hand push me back against the bed as he whispered in my ear, telling me to lay back. A completely different doctor, a short and young girl with short red hair came up to me. I remembered that she smelled like roses and vanilla…. her voice was soothing and did not hesitate to tell me what was going on. Apparently, the doctor told me that I got hit with pretty nasty food poisoning and so did Josh, but Steve was unaffected. I’m not surprised by this at all! Steve has always had an iron stomach while Josh and I definitely did not. The doctor told me I just needed to stay until the morning to make sure my state wasn’t going to get worse… I was really confused by that because I only remember getting sick once. Oh well! So I’m here with Steve and Josh until the morning… I have absolutely no idea what is going on with Josh and I wish I knew.

You know, the one thing I find strange about this hospital is that the lights in almost every room tend to flicker on and off, and everything just seems to be TOO clean… TOO perfect. And… you know the thing about hospitals is there is always a faint smell of bleach or disinfection. Not this one though. It just smells like flowers and just sweet-smelling stuff like those hard candies or like fresh butterscotch. I mean maybe I just shouldn’t complain and just be open-minded…. yet it’s not my stomach that feels unsettled today…

(all credit goes to the original owner(s) of featured image)