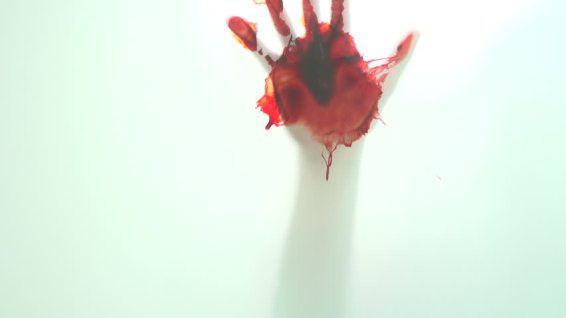 I’m writing this out for anyone who is out there.

Anybody who might be able to save me and my family from this disaster.

How could 12 hours lead to such a horrible nightmare such as this.

I’ll go back to the beginning so it will make more sense to why I’m writing this.

Previously the night before I set my alarm for 6 am on my phone, relaxed in bed and watched TV, then went to sleep.

It was all news forecasts so there was really nothing to watch.

I woke up this morning to not my alarm, but to an amber alert siren on my phone and TV.

My phone was flooded with texts and phone calls which I didn’t bother to look at.

I had a quick shower, got dressed, grabbed a piece of toast and tried to walk out the door…

But, before I did that I looked at the large thick glass window sitting above the sofa in the livingroom.

I could barely see what was out there.

It looked all fogged up.

But what I could see were several hand prints drenched in blood.

There were dozens of people pressing against the glass.

This made no sense to me at all what so ever.

I luckily invested in high-class security features for my home so I could protect my wife and daughter.

My beautiful wife and daughter mean the world to me.

But now it seemed none of that mattered anymore as I watched my life shatter into bits.

I was startled from a phone call from my boss.

I picked up immediately to see what was going on.

He just sounded so mad, like a wild animal.

He told me not to go into work and to stay inside.

There was so much background noise so I couldn’t hear a god damn thing.

Then towards the end of the call I heard faint screams and gun shots.

I started to panic, not knowing what to do, I went downstairs into my basement to get a good idea of what was going on around my home.

There were people scattered all over the place.

Some of them seemed to be mutilated, walking in circles, or running.

I tried desperately to get a hold of my wife and daughter.

My wife was a school teacher at the same high school my daughter went to.

I only got busy signals.

I just wasn’t sure what to think at this point… I was losing all hope.

I jumped into my bedroom and watched the news forecasts that I deliberately ignored last evening.

It was like watching a monster movie coming to life.

I started to hear more banging on the windows, and they started to get louder and louder.

I could hear the screams too.

I held my hands over my ears so tightly to where I could only hear the rapid beating of my own heart.

Are they dead or are they alive?

Are they even human, zombies?

I could hear a cracking noise on one of the windows.

Thankfully for me being so tech savy and having my own engineering degree, I put emergency slats into the window sills in case if at any point the windows were to break.

I pulled them up on all the windows.

They are made from pure steel, which made me feel more relieved for the banging was muted out.

However, I was now alone in the dark.

I also thankfully had a stock of emergency supplies that would keep me good for a while.

But I don’t know how long I can last down here.

I don’t know if or when those fuckers might break something down to get to me.

I’ve been trying so desperately to get a hold of my dear family, but I can’t.

I have backup generators, but they are still getting warmed up.

I am fed up with being cooped up in here, even if its just for a short period of time.

At the crack of dawn tomorrow I am going to run out as fast as I can to see if my daughter and wife are ok.

I will gather as many supplies that I need and book it.

I write this down now in case if anyone sees this.

I might be dead by the time someone sees this, but I don’t know that for sure.

I’ve had a few friends text me on and off, and we’ve all got a plan.

I am going to rest and take off.

I think something is trying to break down the door.

Hopefully its the police.

(all credit goes to original owner(s) of featured media)

I'm just a crazy girl in an annoyingly 'sane' world. Navigating it through and through by following my own divine guidance. I have many passions in life and it all consists of my crazy boxer Zuzu, Art, Writing and Poetry, Dream Analyzation, Everything and Anything Horror, Creepypastas, Music, Spirituality, Animals & Nature, all revolving within an infinite pool of love. I advocate for love and do not condone hate. I'm here to help, not hurt. Heal, not harm. Nothing can or will get in my way, success is within the palms of my hands.