The best way I can describe these dreams are ‘dream bursts’. I’ve been having the same repetitive dream over and over again, until up to two nights ago where they stopped. I’ve noticed I’ve had this pattern lately where I go from having very vivid, bright, colorful, and ‘happy’ dreams to very kind of dark, creepy, weird, opaque, mysterious, and sometimes totally fucked up dreams. Now, I’m not really too sure why this has been happening. I’ve kind of chalked it up to the amount of work and school stress in my current waking life, my diet (its been somewhat healthy on and off during this time, especially when I’m really stressed and overwhelmed), and also probably the things I’ve been interacting with on and offline, maybe possibly too many creepypastas and horror stuff, but I don’t know (and maybe per chance just sheer excitement for the holidays coming up including Halloween). I highly doubt that there is anything ‘paranormal’, ‘prophetic’, or that there’s any kind of ‘omen’ attached to them. But if anything acts repetitive in my daily life or dream state, then it will gain my attention. Disclaimer: I’m going to make it VERY clear that before I get into this, I have never ever had any dreams about Creepypastas until now. I also REALLY DON’T believe that there’s anything paranormal nor does it have any specific meaning to it. Please don’t take it that way. This is NOT a Creepypasta nor anything of the like. I think this is just a creepy coincidence that just happened because it happened. I’m not sure if the motifs in this dream have any correlation to what’s going on in my waking life only because I have not analyzed it yet.

Anyway, this particular dream starts off with the same scene then as every night passes with the same dream, something is added on or slightly changes. I really don’t know why that is. This dream that I had always starts at the inside of an old yellow school bus filled with kids ranging between late elementary to Jr. high aged kids. my vision is tilted upwards to the right and it feels as though I’m sitting kind of towards the back of the bus, but also like as if I’m leaning out or laying down. 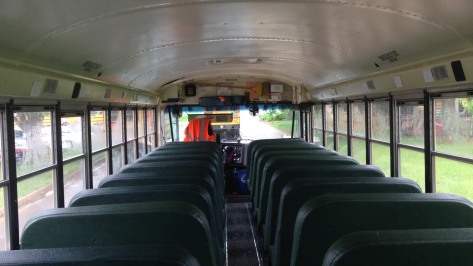 The kids on this bus feel relatively normal to me. Nothing out of the ordinary as they interact with their peers, playing with small gaming consoles, throwing paper around, or giving the bus driver a hard time. The bus driver with every dream is either a man or woman with a big build, dark hair, and an over tired persona. I can’t really tell if I’m a present character in this dream because no one seems to pay any attention that I’m there. 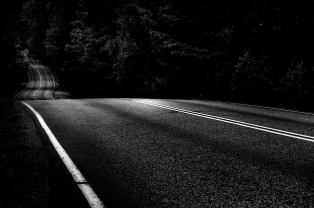 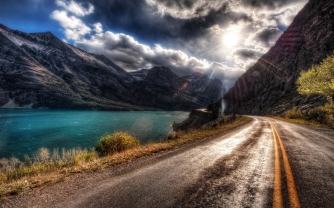 At some point in time someone or something causes the kids to stop what they are doing only just to sit still in their seats and look forward. I believe it was the bus driver who snapped at them to stop. As the bus continues to drive forward, with every time I have this dream, its like as if the road the bus is on changes. Sometimes the road is dark and foggy like the morning mist that comes off the coast. Other dreams look like an ordinary day down the road with frequent stops where kids are let off to go home. And there have been the few where it looks like the road warps and fluxes through odd portals of time and space. The colors are so weird and disgustingly bleeding through. The one dream that was like that had flashes of light which startled me and everyone aboard the bus. Whenever the flashes appeared, the colors oozed and twisted in a really unappetizing way. The kids started to panic and look around not knowing what to do. The bus driver tried their best to keep them calm telling them to hold on. This is where it starts to get really weird. 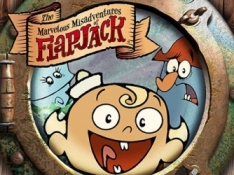 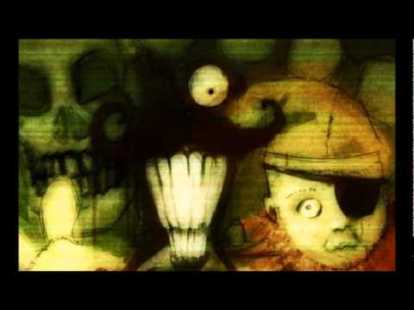 At one point or another there are so many flashes within the dream where its just so hard to keep up with an know what is going on. It kind of looked like the little child from Trick R Treat is on the bus, or around it. At one point though, the bus stops on this wide peer in a harbor and the children get off. The scene kind of looked like something from The Misadventures of Flapjack because I could see some of the characters hanging around in the distance trying to interact with the kids. The dreary background from the show hangs in the distance with a discolored sky, white washed peer, and murky waters. There were also a lot of people standing on the peer, again looking like characters from the show. But it looked like they were either praying, chanting, or just plain standing there. A few of them again, tried to interact with the kids. The older kids came forward and started to question who these folks were and where they were coming from. Their speech became garbled and no one could understand what they were saying… but then some very different characters started to appear. It kind of reminded me of the Creepypasta: Candle Cove. The reason I say this was because I saw a skeleton with a cheesy top hat and monocle, a very scared and insecure looking pirate, and a whale-boat thing. My vision was steered to the right as I could see a collection of dark rocks and waves lapping the side of them. A massive flash of light came from the sky and it looked like a ship appeared out of no where from the water. The colors of the sky, water, and peer started to grow dark with dark mossy green and white to rusted red and copper. The people around the kids and the bus started to decay as their skin was peeling off and eyes bulged outward from their heads. It was like as though there was this invisible force that was yanking the life out of them. They rose their hands into the air and praised an invisible force. I started to freak out and got the hell out of there. I woke up just feeling so confused.

Here’s the thing about this dream: I had it about 3-4 times until it transitioned into something else. I’ve had other bursts in between those 3-4 times I think, but I honestly really don’t remember. I really don’t know how to take this dream at all. Like I stated before, I don’t really know or think it has any particular meaning to it because of what I already stated above. Even if it did have some hidden meaning, I wouldn’t even know what I could do or think of it. Anyway, its happened, its here in this post. It was trippy. It was weird. But, trippy and weird are pretty much a few aspects of me in a nutshell. =)