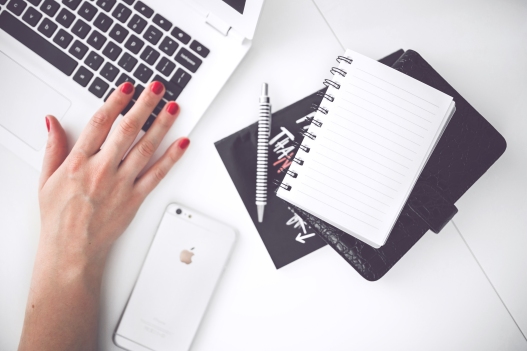 The truth is we’ve all had weird experiences at work. Whether its an office job, retail, medical and educational field, blue collar, white collar, etc, things are always bound to happen. ESPECIALLY when you work with all kinds of people on a day to day basis. I’ve definitely had my fair share of working with interesting folks. I love where I work, I really really do. Its like my second home for me. Everyone I work with is just so kind and sweet to me. I enjoy everyday I come in to work. I really do. But, I also have been wanting to share some of my experiences with the strange and unusual because you just never know what could happen. Life can throw some quirky things that can either make you stronger or just throw you off kilter.

‘Tis the Season: During the holidays was a very stressful time for me, and everyone else around us. I adore Halloween, Thanksgiving, Christmas, Autumn, Winter, and everything else in between. Sometimes I really have no idea why some people can get really nasty or tense during this time. All I do know is that I forgive and forget the people I interact with who can often be testy or impatient. I always give folks benefit of the doubt, because they could be going through a treacherous war within themselves that I might not have any clue about. However, there are still days where some of the things people do can throw me for a loop. Around the end of the year (around Christmas, or New Years Eve/Day, I can’t really remember when this was) I was wrapping things up for the night and clocked out. It was very cold and just dead quiet that night. I start walking to my car when an old man approached me asking for directions. His appearance seemed off as he was completely disheveled and walked in a really odd way. Mind you that this was at 9-10 pm and I was in the parking lot alone. I remember giving the man directions and he thanked me for it. I just got a really eerie feeling about it. I start to briskly walk to my car, hoping to just get the fuck home. He started to walk towards me and my car, and I just really started to get creeped out. I was shuffling for the keys in my bag so I could unlock my car. It frustrated me that my keys were in a sea of my belongings at the bottom of my backpack. As he got closer to me and my car, he said something to me with an eerie grin on his face. For the life of me I could not remember what he said. Finally I found my keys and jumped into my car with the man only a few feet away. I immediately locked my car and sped off. I have not seen him since then, and hopefully I won’t any time soon.

Strange Coincidence: Sometimes, there are just some really strange folks that come into work. Like I said before, I give everyone the benefit of the doubt and try to act as friendly and welcoming as I can. I absolutely love people. I generally get along with just about everyone I meet and I love to make people laugh and smile. I hope that I can make an impression on people’s lives, even if its small and only lasts for a few moments. I believe that we all have a ripple affect on others and in the universe as a whole. Now, I don’t know if this happened just because I’m young female, or just because there are just some really strange people out there. Being kind and sweet to others can often be misconstrued as being flirty or overly friendly. A lot of the time that this happens, I simply just don’t give it any thought, not pay any attention to it, and go along with my day. I think this just might merely be a coincidence. This even happened a few months back during middle-late spring of this year. So, as I was working, I had this one man come into my lane and started to ring up his transaction. He seemed fairly friendly. He was tall with a pretty big body build, maybe 6’3 or so. He had somewhat long, dark brown hair, dark eyes, and seemed to wear somewhat normal attire. He had talked about how he was going to a Civil war reenactment and divulged into his fascination with historical events in America and what not. He talked about the event and suggested that I check it out. I didn’t really pay much attention to it and just went along my merry way. Now, the thing is, he started to come back to my lane for a couple days in a row, multiple times a day sometimes from what I can remember. One day, I just started to feel really uncomfortable, and he asked me something that just made my stomach churn. “Do you have a boyfriend?” Yes… Strange people have asked me this question, and I’ve gotten weirded out about it. But, the tone of his voice made me wonder that there was something more he might have been asking for than just to have a girlfriend. I shook my head and said “No”. “Would you like to have one?” He asked in a tone of anticipation. I again shook my head and kept my gaze forward, away from him. I again shook my head and said “No, no, no. In fact, this is really starting tomake me uncomfortable”. He said, “Well, it shouldn’t”. I again insisted that it was bothering me. He left with a face if massive disappointment. I immediately told my boss what had happened, and I have not seen that man since then. I’m thankful for the people I work with. They are so on top of things and do what they can to make you feel as comfortable and safe as you can while working. Again, I love where I work, but there are some folks that I hope I can steer clear from.