Last night I had a very light and heartwarming dream, one which I hope is a good sign. I can simply recall that I was living what felt was an ordinary day. However, this place was not ordinary. It reminded me of Portland Oregon, or perhaps Seattle, Northern California, etc. The grass and greenery around us had bursting jade and emerald all around us. The sky was clouded with puffs of grey and white. It felt as though it could rain at any moment because the air was slightly moist. my surroundings weren’t very busy and the houses looked very simple, average size, and were designed with neutral colors and lightly shaded foundations. I recall walking out of what looked to be my home out onto the grey sidewalk going on my way. I could recall hearing barking outside and found a boxer puppy hanging around the front of my house. The puppy reminded me of Zuzu when she was little. I picked up the puppy as I walked down the street under an oak tree. I saw someone coming down onto their wooden porch turning the light on to see what was going on. I had initially asked if they knew who the dog belonged too. They said yes and told me they were going to tell the person who lost the puppy that we found her. I said thank you as I stood there, waiting for someone to come to pick up the puppy. I wanted to keep him so badly, and I swear there was a moment where the dog could talk. She sounded like a small child and gently asked if she could stay with me, or if I could come stay with her mom. I told the puppy I couldn’t because I wasn’t allowed to keep her and that I had to go to work and she had to go back with her mom. The puppy fussed and was reluctant to the idea of going back. I started to walk towards the edge of the street to see if anyone was going to come. A few people walked by,barely noticing me, then all of a sudden, the owner who kind of looked like my mom and one of my co-workers combined came.

After this point, things started to move quickly. The owner thanked me, shook my hand, then offered for me to come in and have some tea for a little while. I followed her to her home with the puppy’s delight and immediately walked into the garage of her home. The lady’s home looked a lot like my childhood home. As soon as I walked in, all of our surroundings started to morph into this underground tunnel where a monster that looked like the Weeping Bat from Silent Hill Downpour. It was an absolutely nightmare seeing the woman running away from the monster and trying to protect the puppy. The monster wanted nothing to do with me unless if I got in the way. So I stood back. While this was going on, I fluxed between here and another dimension that had an outdoor, 2 story industrial kitchen attached to the side of a building. The kitchen had no door except for one open wall, and it was a very narrow room with stainless steel appliances. I could see one of my bosses, which I’ll name AL for now moving around in there and cooking. He asked me to come in and wondered how I was doing. AL also asked if I could work while he was gone. I told him I couldn’t because I had to take care of the puppy and try to help the owner. He said it was fine and that he’d help me as soon as he gets a second. I could not tell at all what he was doing or cooking for it looked as though he cooked and used a dish washer at the same time. I asked him what he was doing and why the kitchen had two stories. AL told me that he wanted to be in his kitchen and that its like his home, then he started to trail off and went upstairs, then back down then walked off. 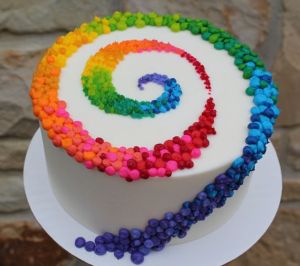 Oddly as AL walked off I went into the kitchen with birthday cake ingredients while trying to help the puppy. She seemed worried that her owner didn’t want her anymore. In between that we fluxed back with the woman walking out of her garage back onto the street I was at during the beginning of the dream. A few people, including one of my co-workers was with me, asking if I was ok. The puppy got excited to see her flustered neighbor. Out of no where, the owner exclaimed that she couldn’t take care of the puppy and couldn’t take it anymore. She stiffly walked off and waved the puppy away as she tried to run up to her. Shortly thereafter, the puppy came running to me joyfully and everyone around me cheered. I smiled and laughed as I scooped her up into my arms. I told the puppy that I had to quickly go back to the kitchen to finish the cake. She nodded and ran behind me as I showed up with the portions of the magnificently colorful cake manifesting into my hands. One of the co-workers showed up again in the same kitchen around the stairs. AL looked at me all confused and asked me what I was doing. I told him I had to make a birthday cake and he gave me an astonished look. I can not remember if anything else happened after that for I woke up not too long after.