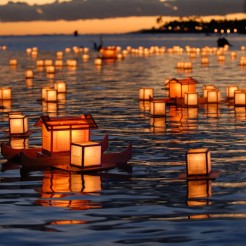 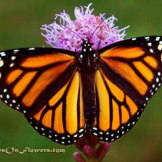 This is just one of those dreams that leaves me ever so clueless questioning what significance this has to my life. The first part of the dream feels a bit fuzzy to me. However, what I can recall has to do with my sister and I floating towards the shore of this island/continent, one of which I had no clue how massive it truly was. After that, bits of detail were fuzzed up, then I recall finding myself going from a background of white light into a bright green forest (still patches of white here and there). There were Redwood, Oak, and Sequoia trees, ferns, grass, and a lovely branch of a fern where a lovely colored butterfly landed upon (one of which I am not entirely sure if it was blue, red, or orange). I overheard my sister yelling, “come on, we need to find my sister! She could be anywhere for all we know. It’s important to find her”. I hastily said, “Ok! Ok, we’ll find her, don’t worry.”

We muddle through the forest until we found a river on the other side of the trees. There was a thicket on the other side that was matted with sticks and branches (the thicket was lined with a white background). Parts of the river show silvery-grey tiled stone lining the side of it as well as deep jade green colored trees and hills. The stone walls and architecture that was down there felt as ancient as the hills. Out of the corner of my eye, I saw what appeared to be some type of ritual/festival. It made me question if we were in some part of Asia just by what the context of the festival was, despite the fact I could only see it from the corner of my eye. I walked on the stone pathway along the river, which lead to heavier rapids to see if I could get a closer look at anything I could find. All of a sudden a look amongst the thicket where the heavy rapids were, and I saw something caught in it. I said, “Look!” and the people from the festival started running and pointing at the thicket. A black/coal colored thing that morphed from an animal, to a person, back to an animal was pulled from the thicket from an invisible force. My sister started to scream and cried out to find out who did this. Everything else faded into color and I got a vision of myself running through the festival with others looking at me, acting as if things were ‘normal’. And the dream ends.

(All credit belongs to original owner(s) of featured media)