I was back in California, and I was in a place that looked like a combination of my 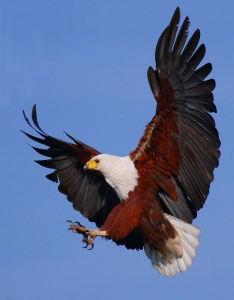 elementary school and childhood home. I recall it being very dark and oppressive. The vibrations were low and the colours were grayed and blacked out. I heard all kinds of voices including one that sounded similar to my mom’s voice. I recall being on the blacktop at school and found these eagle wings/feathers along with these beautiful beads, charms, and crystals that I was guided to collect. I still continued to collect

these things, even with the oppressive voices and vibrations flowing through the air. Then through a clearing in a tree, I saw a big portal start to appear with a bright, nearly blinding light coming from it. The voices that sounded oppressive, including the one that sounded like my mom’s tried to tell me not to go through the portal and I saw these weird shadows and figures start to chase me. The voices tried to convince me that I wouldn’t be happy there and I was making a big mistake, but the voices were lying because I could feel it in my heart and soul. I recall coming to this boardwalk over the water and the creature’s eyes started to glow red, and the voice that sounded like my mom started to sound more sinister. I decided, ‘screw this, I’m leaving and you can’t stop me’. I created wings from the feathers and charms given to me and I took off towards the portal. The creatures tried to catch me, but they couldn’t fly, at least not very far. I continued to hear the nasty voice scream “NO!” as I entered the portal.

As I entered the portal, I saw a big flash and entered this beautiful world that had vast colorful mountains that looked like the grand canyon’s. I recall seeing so much bright color and feeling so good as I flew past the portal. The portal closed behind me and I started to talk to the people who I know today who congratulated me and started to connect with me on my journey. I suddenly realized it was time for me to collect more charms and feathers, because I knew I needed them. So I flew on andoff the mountain-side collecting some. They were so beautiful, I couldn’t tell which ones I needed until I started using my intuition, it was just so hard to make up my mind because all of the feathers had some type of purpose. However, I felt as though time was running short and my new friends joined along with me saying it was time for all of us to go. A screen/bright light appeared again and then I woke up.