Last night, I had a very weird dream, which was in some ways positive. The beginning was a little fuzzy with me somehow being in some type of vortex in time, ending up in a store (which was like Target, Sears, Macy’s Khol’s, Walmart, some mix of all of the above). There were these children that were running through the store, 8 of them to be exact. There were 2 girls and 6 boys, all of them ranging between the ages 4-5 to 8-16. One child has some facial differences around the nose, one wore thick glasses, and all of them seemed to be very emotional.

The father was no-where near the children and tried to look for them, but gave up to get on a tricycle/bike and slowly petaled around the store. I confronted them and asked what he was doing and if he worried about his kids at all. He made it apparent that part of him just gave up, stopped caring, and assumed that they would be fine on their own, because they were good kids. I asked where and if he had a significant other, or someone who was helping him with the kids. He kind of just shrugged and basically said he did, but was not sure where they were or what they were doing. It really did seem like he didn’t care. i started to get angry with the parent and tried to give him a wake up call. I tried to beat it into his head that his children needed him and they need his love, guidance, and attention. I also made it apparent that his behavior is unacceptable. The parent realized what I was saying and lowered his head and apologized to me. However, he also said he did not know what to do because he was gone all the time at work or out and about. I volunteered (basically in-voluntarily because I felt as though they really did need somebody). 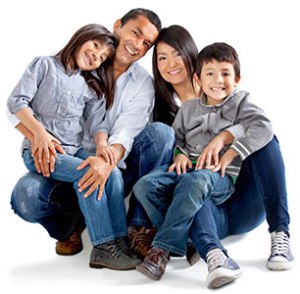 We both went to home with the children and the father basically said he wish he could stay, but he had to go. I asked him where he was going and what about the well being of the children. He said he had to go to work and do a few other things. I was angered and watched over the kids for a day or two. I got visions in my head of what this “father” was REALLY doing (after work he’d go out with women, drink, gamble, do all kinds of other things with other people/co-workers). I was angry, but pushed it out of my mind and helped the children. The home was very large, but it was somewhat dark with the light inside being a light navy blue/indigo color and seeing bits of bright gold light shining around the rims of the windows. The house seemed like a studio with all the rooms seeming cubicle like and the furniture seeming so home work/office life. Some of the children would sit on their beds and read/do homework. Others would run around, playing and screaming, others kind of just took care of themselves, getting food from the kitchen, keeping things clean, doing chores, etc. I remember talking with the eldest who was about 15-16 at the oldest. He talked to me about the struggles he was having at school, home with his mom and dad, and how he’s been having problems girls noticing him, except for a few. I talked to him at a very deep level, expressing to him about my experience during my life and at first he got frustrated during our conversation and cried, but after a while, he cheered up a bit and smiled. I put all of the children to bed and they slept peacefully.

Later on the next day, the father FINALLY came home, his appearance disheveled and dirty. I was so angry with him and said I was taking the children to the Zoo/Animal Reserve. He apologized again and said he felt really shameful, and of course tried to explain he wouldn’t do it again. I didn’t want to hear it and said if he wanted to come along, it was fine, but I was still going to take them. I myself and the children went to the Zoo/Animal Reserve, they looked at the animals and took notes and pictures. The father finally showed up and I pulled him aside, trying to convince him how serious this problem was. The children were in front of the Snake exhibit when all of a sudden, these massive snakes rose from the brush and railings and bit every single child in the face. The snakes pulled back after one bite, and every children was still alive, but bleeding badly and crying. The father and I saw it happen and I pointed out just HOW much his children needed him. It seemed as though FINALLY something clicked and the energy around him turned a red-orange with a mid-pick color. He rushed to his children’s aid so much faster than I ever have and I could see this very passionate red energy surrounding the children and father. I could feel a soft healing energy surrounding all of us. I stood there and eventually smiled and felt a sense of relief, because I knew that the pain and disorganization of this family FINALLY ended.

(all rights belongs to the original owner(s) of featured media)