I had a very odd dream last night. There were lots of totem animals involved with this. I recall being at work, but it seemed a bit different than usual. It was still the same area, only the colors were monochrome (gray, silver, faded colors), and it seemed very warehouse-like, and maybe even industrial looking. I had one of my bosses pull me aside and he asked me if I wanted to help him out with something. AND he also had an offer for a job he wanted me to do. I followed him to the right, out of one of the back doors of the building, onto this ranch, and it was beautiful. It was massive! 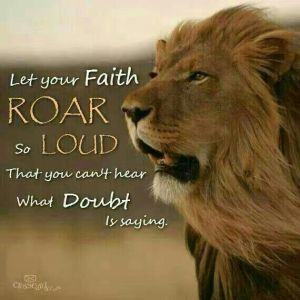 I recall following my boss to this enclosed area that had lots of lions in it. It was a circular cave like area with what appeared to be a floor that could be moved. He said he would be on the other side to feed them and that he wanted me to pull a lever when he gives me ‘the signal’. My boss whistled and I pulled down a lever. I watched as all of the lions scurried through a door into this organized feeding area that had slots for all of them to eat off of. Then the platform where the lions sat upon opened up into a clear pool of water, one of those you see at a zoo or at an animal sanctuary. There were two Grizzly bears that appeared out of no where and swam up from the bottom of the pool. One went to a ledge to the left and sat on it, while the other kept jumping up and down to try to get to me.

I was uneasy at first, but then the bear was acting playful. He was high-fiving my hands and playing with them. He jumped up higher and got my face wet, then he nibbled my fingers. The other bear had fish flying at her and she waved at me. The bear who jumped at me seemed almost dog like in a sense. My boss then got the bears to go off into a grassy clearing. Not long after we moved onto a fenced area where there were Llamas laying on these sack-like pillows and my boss started to give handfuls of feed to the livestock. He told me to be patient with the llamas. At first, I was testy with them, and they seemed testy with me, but then we warmed up to each other.

I recall looking among the Ranch like sanctuary, looking at the mountains, the trees, and the sunset. I absolutely loved it. I fell asleep in a barn-like home and looked amongst the stars as I fell asleep in the canopy. I woke up this morning, and was gliding down to a building that stored different supplies. It was foggy and cold. All of a sudden I heard a yell by a few girls that I did not recognize, and they needed my help with something. I followed them up towards a road (freeway like) and then into the lush, grassy hills where livestock and horses ran by me. I got onto one momentarily and eventually reached the ranch to this house. I overheard my boss talking to me about this Rooster that was a pain in the ass and kept trying to get away, Within the house there were bits of it that looked like a greenhouse with a bird-like cage. I entered this one castle-like room with a wooden edge that led to a window. I had visions of the rooster flying up, then turning into a Loplop, then a man-like creature, then flying out the window, onto a ledge, then flying away. I saw the ocean from the window and could see the beach and cliffs from down below. I saw my sister for a bit, and I was very confused, especially on how I was going to get the rooster back. After that I woke up.

(all credit belongs to the original owner(s) of featured media)